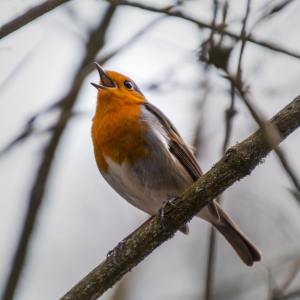 “They have one bargaining chip, and that’s the alliance we want,” Chroma said, examining the vegetables they’d been given. Most were whitish or brown roots served cold, others cooked mushrooms. “That’s an all-or-nothing. Each side loses that bargaining chip as soon as they reject us, or the other side swoops in and takes it. That’s what gives us the power. They can’t deny us our alliance without losing us entirely.” … END_OF_DOCUMENT_TOKEN_TO_BE_REPLACED 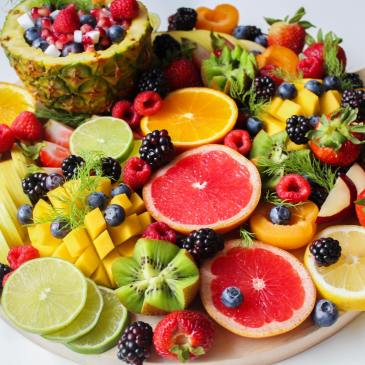 Chroma held one edge of the tray and spun it lightly counter-clockwise. When the swing had twisted as far as it would go and threatened to spin back the direction it had come, Chroma thrust her hand out to grab it. She scanned the available fruits now in front of her and picked a plump purple one.

“I think the idea is that when you pick a bigger one, you’re less likely to bite off the whole pepper,” Flor told her. “And the game gets steadily spicier as we dwindle down to the small ones.”

“You seem surprisingly fine, Flor,” Chroma commented, “for having nearly died twice in one day.” She took the largest bite of the purple fruit as possible. Her face twisted in pleasure at the peachy taste, quickly turning to curiosity and then to panic. She held a hand to her mouth, as if about to spit something out, but ended up swallowing (both the food and large gulps of air). 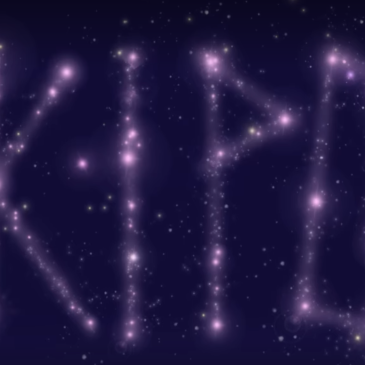 So I started watching Kipo last week. Since then, I’ve binged the two seasons that are currently out, rewatched both seasons, and exhausted my supply of meme, review, and speculation YouTube videos about the show.

In all honesty, this is less of a review and more of me gushing about the parts that made me love the show. Unfortunately, this show has so many spoilers over the course of even a few episodes that it would be impossible to give this review without them. So if you have not watched both seasons already, read at your own risk! 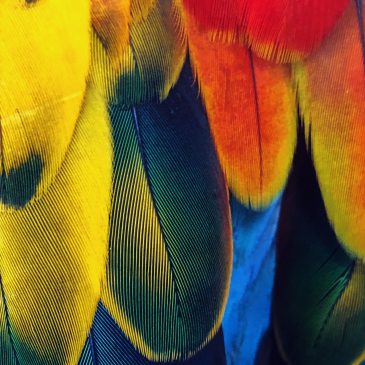 The next thing they knew, the dancers were bowing, adults were clapping, and young children were carrying bowls of stew out to Klimans all over the tree. Dozens of skillful, grinning young faces, overjoyed by simply being helpful. Many of them raced each other to see who could deliver the most wooden bowls to the various homes on a bough. Many children even intercepted the recipients of the meal by giving bowls to the residents of a platform that dangled between two branches, stealing the opportunity of the children on the other branch from delivering the food. Chroma chuckled as she watched. … END_OF_DOCUMENT_TOKEN_TO_BE_REPLACED 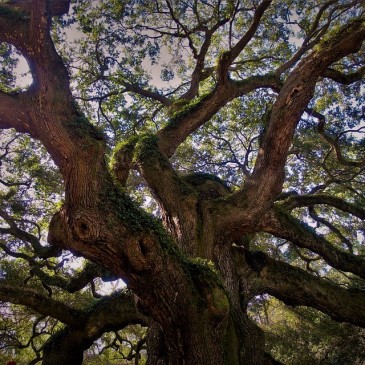 The last rope bridge sloped downward, but not enough to bring it all the way to the forest floor. Instead, it sloped downward just enough to rest among the branches of a tree as wide as it was tall. The diameter from the northernmost to the southernmost leaves must have matched that of a small town. The massive tree formed an expansive clearing beneath it, holding back competing trees and blocking sunlight to the plants below.

Between its boughs, countless meshes of planks and organic matter formed platforms where people lounged, worked, and played. The central crook of the tree was in sight, and had been partially hollowed out and lined with stones to form a large fire pit, above with hung a collection of spits as long as a hull of the Gladiator.

The color orange was everywhere: in the watercups that grew along the branches of the tree; in the paint coating the wood and various wooden bowls, toys, and instruments of Klima; in every single person’s clothing; and in the large banners hanging from the side of each bridge leading to the town.  … END_OF_DOCUMENT_TOKEN_TO_BE_REPLACED 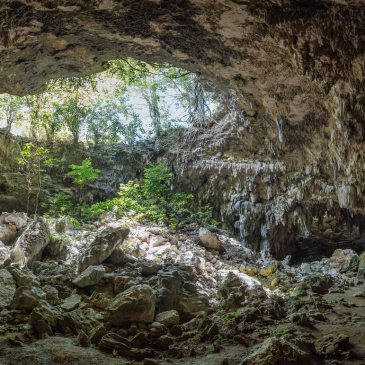 Emerging one by one from the large mouth of the cave, they stood on the inward side of the mountain. As Klyra and Chroma blinked repeatedly, desperately, the scene unfolded in front of them. Like a rolling sea, a homogenous sea of treetops stretched just below them. The clouds spilling over the lower mountain pass to their right were letting a curtain of rain fall even as they watched, making it look like the gray bodies were smearing downwards. A few rainbows caught the yellowing light of the afternoon from behind the tips of the mountains, forming colorful bridges down into the treetops. A flock of birds took flight from just beyond the storm, and the girls watched as they began making their way around the gigantic bowl as large as their entire home island.

“The bridge is down there,” Yim said, starting her trek down a steep, grass-coated path towards a decrepit, fallen tree that was connecting the middle of the canopy to their mountainside.

“I kind of wish Flor was here to see this,” Klyra breathed.

“Yeah, if she was here we’d have time to stop and see it,” Chroma agreed, beginning to follow Yim down the less-dense path that was evidently too steep for anything to grow.

“I — I can’t believe my eyes,” Klyra said, not budging from where she was.

Chroma glanced behind her, and then back at the view of the entire inner island of Klima. “Yes, it’s far better than the sketches my uncle used to bring me. Our journey’s going to be full of sights like this.”

“Aren’t you the least bit impressed?” Klyra demanded, half-laughing. There were tears in her eyes.

Chroma glanced away. “Like I said, I’ve seen sketches before. Being a princess has its perks. Now come on, we’ve got a teammate to save, and we’ve got plenty of time to come back here. You need to watch where you put your feet.” … END_OF_DOCUMENT_TOKEN_TO_BE_REPLACED 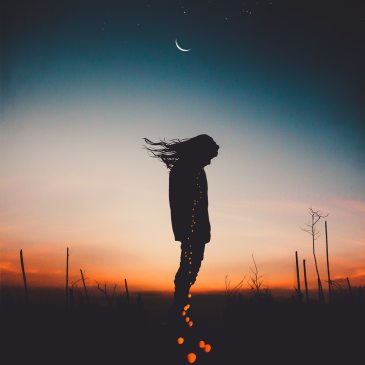 Lead image from luizclas on Pexels.com There is no greater agony than bearing an untold story inside you. –Maya Angelou News: The first chapter of Alloland is now in the final editing stages! I’m also considering submitting some of my short stories and (gasp) poems to literary magazines. So keep an eye out for announcements … END_OF_DOCUMENT_TOKEN_TO_BE_REPLACED

Everyone seems to know the name “Dungeons and Dragons” and picture something in mind at its mention, but few people seem to know what the game actually is. “Math geeks dress up to play a Medieval board game that makes them forget about how crappy their lives are” is usually what I hear.

Any reasonable person would realize that most parents would not be ok with their kids fighting dragons. Even worse: your protagonist needs to have a full arc, but here the parents are ruining that by simply telling the protagonist what to do. How boring! … END_OF_DOCUMENT_TOKEN_TO_BE_REPLACED

Originally published 1/8/2017
Worlds can be difficult to introduce to audiences without overwhelming them, or it may be difficult to justify the existence of real-world features in the entirely fantasy world. This is where you get places like Hogwarts or the Batcave, which give you an entirely different basket of strengths and weaknesses.

Today, we will be focusing on the latter: fantasy or scifi worlds that your protagonist must discover, and the different ways they’re been discovered throughout the ages. Time for a rapid-fire list! … END_OF_DOCUMENT_TOKEN_TO_BE_REPLACED